As part of our plan to help others #LiveALittle in 2017, we promised we’d celebrate #BucketListThursdays by providing one person (or couple) a month with an experience to tick off their list! And we’ve done just that.

The Three Horseshoes Country Inn and Spa is located on Blackshaw Moor, near Leek, in Staffordshire. Offering panoramic views of rolling green countryside and the peaks of the nearby National Park, it’s a paradise for photographers, ramblers, honeymooners and more. In fact, its location is so perfect, there’s been an inn at the same site since the early 1800s.

Fast-forward to 2017, and the Country Inn and Spa is a tastefully decorated hotel with modern facilities and quirky features, like the original watermill wheel used in its spa, which evoke its rich rural history. It’s been owned and run by the Kirk family since 1981, first by parents Bill and Jill, later by their two sons and their wives, and the family-run feeling is evident in the warm, hospitable atmosphere, which has been praised by critics from prestigious sources including The Guardian. 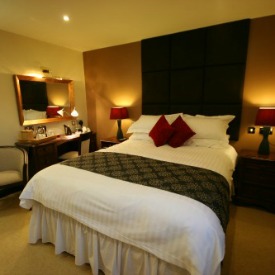 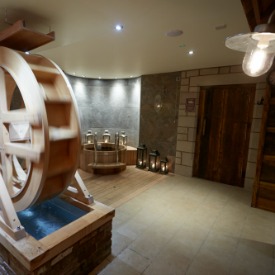 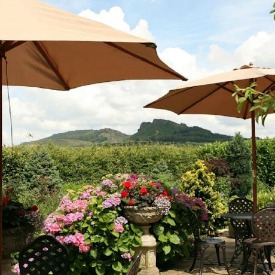 They offer a range of rooms, from Pub Rooms (located above the bar) ideal for those in a party mood, to luxurious Superior Rooms, many of which feature regal four-poster beds, and Garden Rooms, which have private cedar hot tubs in the garden. Spa breaks are also available, to make the most of this country inn’s unique facilities, which include: a Beach Hut where guests can relax on warm sand, an Outdoor Vitality Pool & Spa Garden where they can lie back in hot bubbling water (Staffordshire is devoid of natural hot springs, as you may have guessed) and the Mill Wheel Shower, which pours alternatively hot and cold water from its paddles onto guests.

We chose blogger Sarah (www.lifeinabreakdown.com) to send to this amazing countryside idyll. This prominent UK blogger writes on a range of subjects in a positive, articulate and often humorous way, documenting her life with partner Ash, rescue dog Sally and guinea pigs Dobby and Sock, between helpful reviews, opinion articles, tips and advice. She’s been instrumental in helping thousands of bloggers and creatives establish themselves online and branched out to people who need support all around the UK, so we definitely thought she deserved a treat. And, despite living quite close to The Three Horseshoes, she’d never been!

And as luck would have it, she was just as delighted to be working with us as we were with her, so things were organised quickly and efficiently for the weekend immediately before Valentine’s Day.

After a slightly dramatic journey (after all, fog and snow aren’t uncommon in February in the Peak District) Sarah and Ash made it to The Three Horseshoes in their car. They commented that they’d left the fog and snow below them and the air was much clearer. They were checked in and shown to their room, a superior double, and after leaving their things and making themselves at home, hopped in the whirlpool bath to forget the snow outside. 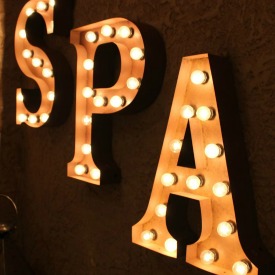 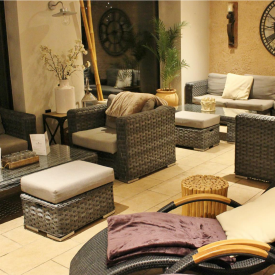 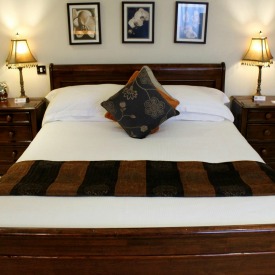 Their break included a three-course dinner in the hotel’s restaurant, which boasts two AA Rosettes, so they headed downstairs for the meal. The menu is mostly made of up of hearty but well-done British classics, so it was hard to make a choice, but they both agreed, it was all delicious.

The next morning, after breakfast and check out, they headed to the spa area. Staff at the hotel are very proud of its local influences and were more than happy to explain which aspects of the spa were unique or local, what their particular purpose was and why they were installed. They tried out various facilities, including the famed Beach Hut. This surreal room is carpeted with warm sand, upon which a Vitamin D lamp shines; lying in here, closing your eyes and basking in the ambience almost feels like lying on a real beach. Definitely a mood-improver!

Sarah and Ash agreed their stay was more than pleasant, and they’d love to return in future. But don’t take our word for it – read more on Sarah’s blog, which gives more in-depth detail and is written in her trademark style.

For March’s Bucket List, two lucky ladies will be taking a very special trip on a mystery train… keep an eye on our blog to find out more!
Images: Sarah Bailey

In Pictures: The Bristol Balloon Fiesta 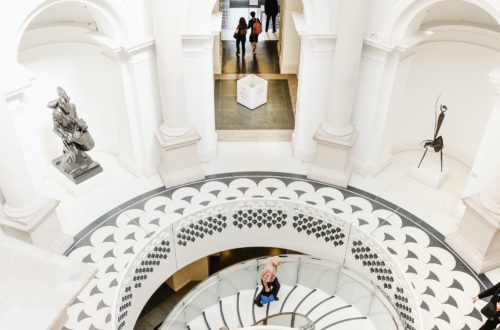