There are clearly as many Homers out there as Mufasas, as many Atticus Finches as Frank Spencers…

Do you celebrate Father’s Day? Have you got a gift in mind, or is an experience preferable?

With Father’s Day fast approaching, we made it our mission to find out how best to mark the day. Of course, we had plenty of our own ideas about Father’s Day Gifts to start with. But what better way to update our gifting expertise than with a Twitter party? Wielding the mighty hashtag #RLDdads we invited fathers and offspring of the Twittersphere to share their memories, gift ideas and dad jokes.

What a party it was…

At RLD HQ, we couldn’t wait to get stuck in. Look: there’s Sophie and Ash from the Blog Team, ready to mine Twitter for knowledge. Rest assured we provided everyone with sufficient snacks to keep up their energy.

What’s a suitable price range for a Father’s Day gift?

It’s the foundation question: how much should I spend? Or: how much should my kids spend on me? Before the Twitter party began, we carried out a mini survey to see what you thought. Of the 21 respondents, the majority agreed between £10 – £30 to be a suitable amount. 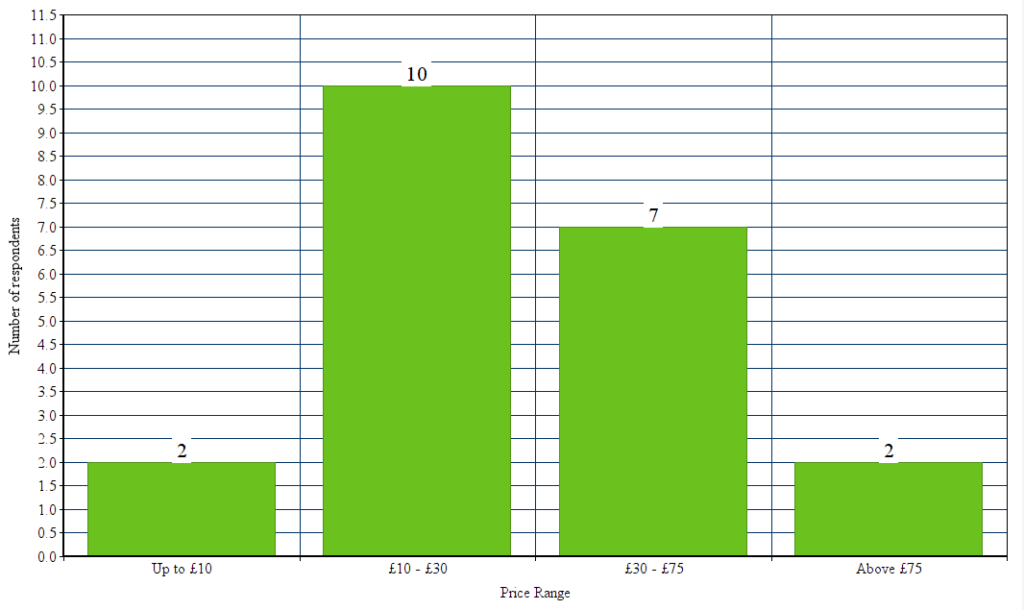 What have you inherited, physically or otherwise, from Dad?

We kicked off the Twitter party with this intriguing question. Do you have your old man’s unruly monobrow, his knack for Sudoku or his penchant for prog rock? The Twittersphere did us proud, providing us with vastly varying answers. Among the physical inherited attributes mentioned were a Roman-esque nose, beetroot-coloured face, massive forehead, a funny walk and (weirdly) “his ears”.

As for personality traits, we found our respondents had inherited their sense of humour, perfectionism and sarcasm from their dads, among other things. A lot of people told us about their passions which had come from Dad, such as cooking up a good barbecue and watching Sunderland AFC. Here is one of our favourites:

What do you most admire about Dad?

We loved the multifarious images of dads that came to mind as we heard stories about so many. There are clearly as many Homers out there as Mufasas, as many Atticus Finches as Frank Spencers…

Lucy told us, “I admire his strength, courage and that everyone who meets him loves him. And his ability to give the best hugs in the world.” Rebecca paid homage to her dad’s frugality: “How good he is at making things out of old stuff. Kinda like Rocky in Paw Patrol – re-use it not lose it.” And then there was this inspiring tweet from Eleanor: “His courage and strength in battling painful ill health every single day, while still maintaining his sense of humour”.

What did the #RLDdads army have to say about odd presents?

Sophia likes to keep it cheap and cheerful: “I once gave my dad a pretty leaf that I found on the road. He was NOT impressed. Made it up by buying him a packet of hobnobs”.

But our undisputed favourite was this unexpected beauty:

Here is the pizza with his face on it #RLDdads pic.twitter.com/RYjfqp7Lks

You wouldn’t want to cut into it, would you?

Special mention must go to this pun-ilicious Twitter exchange triggered by a ‘cheeseless cheese hamper’, though.

Dads: how do you like to embarrass your kids?

They’re the masters of humiliation. What does your father do to make you cringe?

Catherine confided, “He doesn’t do it intentionally but when he has a few drinks, the dad dancing comes out!” Karen’s dad is a fan of ‘The King’ and not afraid to show it: “My dad likes to sing and wear an Elvis Presley wig!” And Toni probably wins this round, with the excellent admission: “My dad did the loudest stinkiest fart at school play when I was about 8. OMG, I got teased mercilessly”. We feel your pain, Toni!

Give us your best dad joke.

Kathryn struck gold with this nugget: “Why did the scarecrow win an award? Because he was outstanding in his field.”

But this one was one of our favourites: simple, silly and very much a ‘dad’ joke. More than one person mentioned hearing this joke from their old man.

What’s your definitive memory of Dad when you were growing up?

A lot of us remember childhoods in which Dad wasn’t around much, but that only made it all the more special when we got some quality time together. “I didn’t live with my dad but he took the time to call every day at 6.30 to check on us and find out about our day”, Juliette remembers.

Caroline gave us a giggle when she told us about “All the neighbourhood kids chasing him down the street with watering cans in the summer. He tripped over his own foot.”

Many of us know what it’s like to have a clumsy dad, it seems:

Also, Dad being competitive in a swimming race on holiday. He cheated by running by the side of pool. Only to fall over & lose. 😂 #RLDdads

Dads: What’s your idea of a perfect Father’s Day treat?

The people have spoken, and here’s their ultimate Father’s Day wishlist.

We found a lot of similar themes popping up here. Daddy Geek summed up the perfect day which tied together a lot of those themes: “A lie in past 6am, pancakes, a movie and a cuddle with my two daughters (we rarely just sit and watch together)… sleep and quality time :)”.

Beer and wine were mentioned regularly. So were picnics, outdoor pursuits like hiking and fishing, watching sports and – on the more extravagant end of things – hot air balloon rides. With this in mind, here are our top 3 Red Letter Days experiences for Father’s Day:

Thanks you to everybody who took part in our #RLDdads Twitter party. We loved each and every story, idea and witticism you sent our way. Happy Father’s Day.