Christmas is a time for family, for memorable moments, for gift-giving, for glowing hearths and squashy sofas, for re-runs of The Neverending Story and Home Alone I, II and III. And it’s also a time for charity, religious celebration and for Michael Bublé to serenade us with jazzed-up versions of Christmas tunes that are so catchy we don’t realise we’re humming them on the bus, until there’s an empty seat either side of us.

It’s fair to say that whilst Christmas music can be lovely, it’s also frequently a terrifying combination of catchy, corny and cheesy. Are corny and cheesy the same thing? Never mind. We’ve compiled a ‘top tunes in reverse’ list, with songs that various Red Letter Days employees find unbearable throughout the festive season. So, in no particular order, here are the songs that make us cringe

A knee-slapping, pantomine-style family favourite, Grandma Got Run Over By A Reindeer is based on a pretty morbid concept – the title’s a bit of a giveaway! That deep, jolly voice singing “But she forgot her medication… and staggered out the door into the snow” is pretty disturbing right? All this, set to the incessant jingling bells in the background… We think this one well deserves its nomination.

One of those songs that tells a tale, this anti-feminist pop hit from 1980’s new wave band The Waitresses has graced just about every Christmas compilation since it came out. In a very upbeat Lauper-esque way, it documents the miserable single Christmasses of one poor single lady, who meets a man in a ski shop. After describing her awful, busy, stressful Christmasses up until now, and repeating the chorus “Merry Christmas, merry Christmas, I think I’ll skip this one this year”, she finally gets the ski shop guy she’s been chasing all year. Along with a ‘very happy ending’, and about 30 repeats of the chorus amended to “I couldn’t miss this one this year”, we vote it a classic cringe.

… Whilst plenty of country music isn’t exactly light-hearted, this is perhaps one of the most depressing songs of all time – and there’s competition for that! Despite the moral message, it’s made it onto our list as leaving aside the traumatic, upsetting subject matter, the lyrics are just lazy: “Just last year, when I was only 7, now I’m almost 8 as you can see, you came home at quarter past 11…” And just to add to the unpleasant irony, John Denver was convicted of drink driving just a few years later, so the moral message was clearly lost on the singer himself. Moving on!

Another song with an admirable message that’s nonetheless torture on the ears, NewSong’s hit is about a poor little boy trying to buy his dying mother new shoes for Christmas – in case she “Meets Jesus tonight“. However, he doesn’t have enough pennies, so the man watching this lends him some. We’re all for highlighting the plight of those in poverty, and definitely for donating / doing anything that can be done to ease said plight, but this song’s still awful and the video nausea-inducing.

We love the muppets. You love the muppets. Everyone loves the muppets. But an entire song, sung by a puppet pig with an almost incoherent voice? Featuring choice lyrics such as “Her dress is a vision in white, if only it wasn’t so tight” we just don’t quite know what to make of this one. Released in 2009, it’s a sad spin-off of one of the most wonderful kids’ shows of all time.

Cliff Richard is a repeat Christmas cheese offender, there’s no doubt about that. But this has to be one of his cheesiest – he out-fromaged himself here and left us all feeling bleu. Originally released in 1988, it spent 4 weeks at number 1 and even enjoyed a 2nd outing in 2007, to less dizzy heights. To be fair to him, the video is wouldn’t look out of place inside a snow globe, so it’s the visuals that take the top Dairylea triangle.

7. Every X Factor Number 1, EVER – X Factor winners, every year

We’ve cheated a bit on this one, by nominating more than one song, but it’s been unanimously agreed that from the very first winner (see Steve Brookstein, above) and the very first Christmas Number One, X Factor has annoyed us all. Remember parents complaining about re-releases of songs from the 1960’s and 1970’s? Now we can relate. Against All Odds has made it to number 1 a total of 3 times during my lifetime already! And we’re not the only ones fed up, as the nation proved in a public attempt to sabotage Simon Cowell by voting Rage Against the Machine’s “Killing in the Name Of” several years ago.

Phew, our ears are glad that’s over. Have we missed any Christmas songs that drive you up the wall? Let us know via social media. 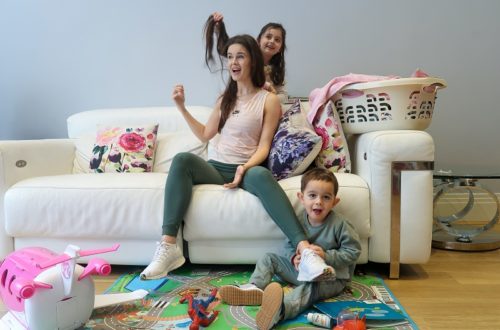