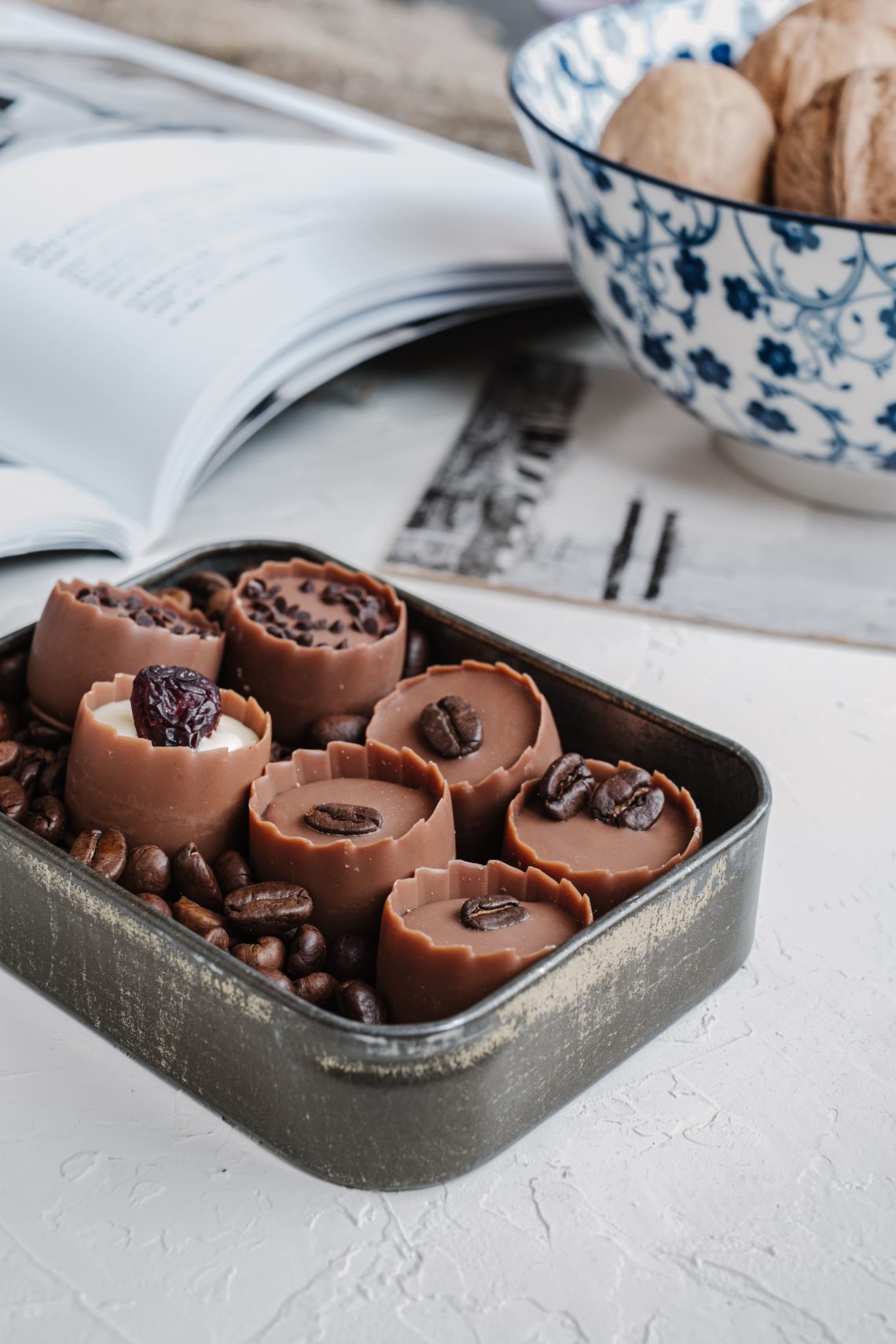 “Life is like a box of chocolates. You never know what you’re gonna get.”

Arguably, a statement that’s even more poignant today than it was back in 1994. But one thing has remained consistent over the past 26 years: the smooth and comforting taste of chocolate.

Today is #WorldChocolateDay and to join in the festivities, we’re pointing you towards some of our favourite experiences. Not only that, we’re taking a deep-dive into chocolate’s velvety past and answering some of life’s stickiest questions. So whether you’re hosting your own chocolate afternoon tea or making homemade treats for a loved one, here are some of the best ways to join in.

Online Chocolate Making Course for One in a Virtual Classroom

In this series of four online chocolate-making classes, you’ll learn how to temper and taste the complexities of chocolate. This course will also demonstrate how to perfect ganache, hand-roll and enrobe truffles and mould chocolate with ease. You’ll also be able to access detailed resources, whilst mastering secret techniques used by professional chocolatiers. However confident you are in the kitchen, this is a great entry point to get you started.

Online Chocolate Making Course for One with an Expert

Ready to take your culinary skills to the next level? Well, it’s time to learn from the master. Led by innovative chocolatier Paul A. Young, this online chocolate making course for one will teach you everything from how to get a world-class shine to the art of decorating like a pastry chef. Over four lessons, you’ll be taught how to create confectionery that’s fit for Wonka’s golden ticket. Not only that, complete the course and you’ll receive a certificate as a mark of success from this master chocolatier. He’ll even share the recipe for his multi-award-winning sea salted caramel truffle.

Nothing says decadence like fresh chocolate truffles. So if you’re looking to impress, this truffle making webinar for two will turn you from a nougat novice to a classy connoisseur. In this hands-on webinar, you’ll learn how to mix ganache, pipe chocolate and decorate your truffles to perfection. You’ll receive a kit with everything you need except for the cream – so remember to pick up some in advance. Hosted by master chocolatiers My Chocolate, this is the perfect couples activity for an anniversary or special occasion. Looking to get the kids involved and make enough for the family? No problem. They also run a webinar for the whole household.

How is chocolate made?

To begin with, the shells of roasted cacao seeds produce nibs which are ground into cocoa mass. This is unadulterated chocolate in rough form.

Cocoa mass is then liquefied and molded, with or without other ingredients, to create chocolate liquor. This chocolate liquor can then be processed into two components: cocoa solids and cocoa butter.

What’s the difference between dark, milk, white and other types of chocolate?

Although similar, there are subtle differences between the ingredients in each:

A brief history of chocolate

Chocolate has been enjoyed in various forms for thousands of years. It can be traced as far back as the ancient Olmecs of southern Mexico (2,500 – 400 BCE). And with so much rich history, it’s hard to capture everything. With that in mind, here’s a snapshot of some of the key moments…

1400 BCE – The earliest evidence of chocolate

Cacao residue on pottery excavated in Honduras is thought to date back as far as 1400 BCE. Evidence suggests that the sweet pulp of cacao had been fermented into an alcoholic beverage of the time.

The Aztecs valued the cocoa bean so highly that they actually used it as currency during the height of their civilization. According to a 16th-century Aztec document, one bean could be traded for a tamale, while 100 beans could purchase a good turkey hen.

It’s believed that Christopher Columbus brought the first cocoa beans back to Europe from his fourth visit to the ‘New World’.

A closely guarded secret in Spain for many years, chocolate was thought to have nutritious, medicinal and even aphrodisiac properties. Enjoyed as a drink, it was a fashionable choice for richer parts of society until the steam engine made mass production possible.

The first London Chocolate House was opened in 1657 by a Frenchman who produced an advertisement that read: “In Bishopgate St, in Queen’s Head Alley, at a Frenchman’s house, is an excellent West Indian drink called Chocolate to be sold, where you may have it ready at any time and also unmade at reasonable rates.”

During the American Revolutionary War, not only was chocolate included in soldiers’ rations, it was used in lieu of wages.

It’s thought the Victorians couldn’t pronounce cacao, so they renamed it cocoa instead.

A Dutch chemist found a way to make powdered chocolate by removing about half the natural fat (cacao butter) from chocolate liquor. “Dutch cocoa” would soon lead to something even greater…

In 1847, Joseph Fry discovered he could make a moldable chocolate paste by adding melted cacao butter back into Dutch cocoa; ‘eating’ chocolate was born.

By 1868, Cadbury was marketing boxes of chocolate candies in England. And it was Nestle that brought milk chocolate to the mass market a few years later.

Although not every chocolate manufacturer was quite so reputable. In the 18th and 19th centuries, it was actually common for corrupt persons to use brick dust and red lead in place of cocoa when making chocolate.

In 1879, Tetteh Quarshie planted a few cocoa seedlings on his farm in Mampong and soon realised the conditions in Ghana were ideal for growing cocoa. This marked the beginning of a revolution in Ghana’s national economy.

By 1911 Ghana was – and still is – the world’s largest cocoa producer.

It was in the 20th century that the word “chocolate” expanded to include a range of affordable treats. And what tied them all together? They included more sugar and additives than cacao. This chocolate was often made from the hardiest but least flavorful of the bean varieties (forastero).

Courtesy of Cadbury, Smithsoanian and History.

Chocolate has undoubtedly come a long way. And whether that’s a good thing or not depends entirely on how sweet your tooth is. But if you’re looking for a taste of the real thing, here’s how to do it…

How to make Xocolatl (Aztec Chocolate)

Long before the sweet and creamy hot chocolate we know today, there was Xocalatl. This bitter, spicy Aztec invention is where it all began. For a more authentic experience, it’s best to enjoy this drink chilled. Here’s what you’ll need:

Chocolate – did you know?

Facts courtesy of the Chocolate Collective and Divine Chocolate.

What’s your favourite chocolate treat and how will you be marking World Chocolate Day? Let us know in the comments.

We’re giving all NHS, healthcare and emergency workers 30% off via Blue Light Card and Health Service Discounts as a thank you for all their hard work. 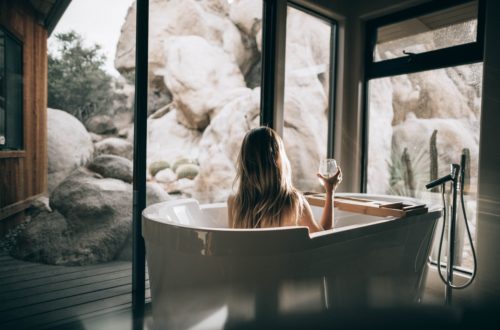 The Best Luxury Spa Hotels in the UK

Countdown to Christmas at Kew Gardens