With Daylight Saving Time just over a week away, we’re getting ready to put our clocks forward and embrace that extra hour of daylight – which got us thinking about time.

Time is constant and in the words of Geoffrey Chaucer: Time and Tide Wait for No Man. That said, here are 10 things about time that you might not already know…

1. The ticking clocks at the start of the song Time by Pink Floyd were arranged by studio engineer Alan Parsons, who recorded several antique clocks separately and blended them together.

2. As a result of tidal friction from the sun and moon, the solar day is lengthening by 1.7 milliseconds each century, which means that in a sense, time on Earth is actually slowing down.

3. Between 1921 and 1931, The Soviet Union experimented with a five and six day week; the experiment failed miserably and was scrapped almost instantly.

4. Flies can beat theirs more than 1,000 times a second – that’s pretty fast in anyone’s book.

5. Native to California,  Nevada and Utah, Bristlecone pines are the oldest single organisms on Earth and some have been around for more than 5,000 years.

6. Founded in 1837, world-famous jewellery company Tiffany & Co has existed longer than Italy, which officially became a country in 1861.

7. Standing at 27 metres tall, the world’s largest stone sundial can be found in Jantar Mantar, Jaipur, which is a UNESCO World Heritage site.

8. When dinosaurs were alive, there were 370 days in one Earth year – a little more time to get things done before Christmas!

9. On Mercury, the smallest planet in our solar system, one day is a whole two years long.

10. Time feels like it’s going faster as you get older due to something called the Oddball Effect. Basically, new experiences seem to last longer in the memory, so as things get more familiar, time seems to slip away more quickly.

We hope you’ve enjoyed our fun facts about time and for more on the subject, check our our list of favourite time travelling films. 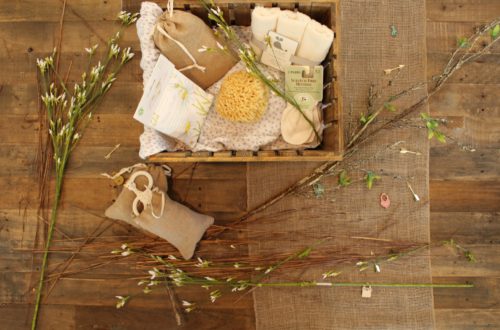 What Happens on… a Seafood Cookery Course with Giancarlo Caldesi