1. The world’s first hot air balloon pilots were almost condemned criminals. When it was time for the first ever hot air balloon flight, King Louis XVI didn’t want any fatalities on his hands (in case things went wrong), so he decided to use criminals instead (as he considered their fate to already be sealed). He was talked out of it at the last minute and two other men (a scientist and an aristocrat) were picked to fly instead.

2. During the first ever hot air balloon ride in 1783, the passengers were an assortment of animals. Much like monkeys in space, a sheep, a duck and a rooster were put into the basket by King Louis XVI to test the effects of flight.

3. The post-flight champagne tradition actually originated to appease farmers. When hot air balloon rides became a popular pastime in France, local farmers began to kick up a fuss when rich people kept setting balloons down on their land. To smooth things over, pilots would offer them a glass or two of champagne and a tradition was born.

4. Believe it or not, there was actually a balloon duel back in 1808. Two Frenchmen found themselves in a love triangle with Mademoiselle Tirevit, a beloved opera dancer, and in a bid to take down their rival, both men took to the Parisian skies for a duel. People watching from the ground thought the spectacle was a race until the two men pulled out blunderbusses and fired at each other. One man crashed into the buildings below, while the other floated back down to safety.

5. In 2010, the world’s first ever glass-bottomed hot air balloon (invented by Christian Brown) made its debut at the Bristol Balloon Fiesta.

6. In 2013, a whopping 408 hot air balloons took off at the same time from a former Nato base in France – an official world record.

7. The record for the highest ever balloon ride was achieved by flying enthusiast Vijaypat Singh, who managed to soar to an impressive 68,986 feet.

Fancy a Phileas Fogg style adventure? We have a range of high-flying hot air ballooning experiences at locations across the UK. 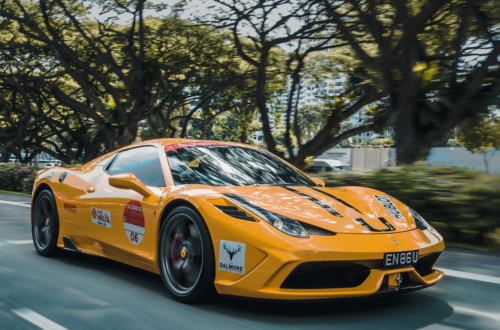