Many of us attended the wedding of a Red Letter Days colleague recently. As a traditional Indian Hindu wedding ceremony differs so widely to that of an English wedding, we thought we’d share with you some of the various and fascinating aspects of the rituals we saw.

Before the ceremony comes the mehdi (henna) evening. This is a great opportunity for social time together where all the women have their hands and forearms intricately decorated with piped henna.

The orange/brown natural substance is left on for a couple of hours in order to stain the skin. The excess can then be washed off and the resulting temporary tattoo normally keeps for several days and gets plenty of admiring looks in the supermarket!

To start off proceedings, the groom is greeted by the bride’s family. This is known as Milni and for some families, it’s a male-oriented ritual where the most senior male of the family welcomes the groom first. Then in descending order, other male members invite him towards the Mandap. For our colleague, girl power reigned as it was the women of the family who greeted the groom, proving that traditions can differ.

The Mandap is a decorated, sacred tent or canopy supported by four main pillars representing each of the parents. It’s this which the groom and his bride sit under and exchange their wedding vows.

A prayer is then offered to elephant god Lord Ganesh so that he can remove any possible obstacles and bless the happy couple.

The groom is concealed behind a cloth as the bride enters the hall and makes her way towards the Mandap. The priest offers a prayer before the cloth is lowered and the groom sees his future wife in her wedding outfit for the first time.

The couple exchange garlands.The bride’s father places his daughter’s right hand into the groom’s right hand as a symbol of his consent and blessing to the marriage. The priest invites the fire god to witness the union, as fire represents the eternal source of energy. Two scarves (whose knots symbolise the unbreakable tie between the couple) are placed on the shoulders of the couple and they walk four times around the fire.

Seven steps are taken by the bride and groom to represent the vows and promises they are making to one another. When they sit down next, the bride takes her place to the left of the groom to show she will always remain close to his heart.

The couple then enjoy sweets from the bride’s mother and offer sweets to one another to symbolise their union.

A sacred black beaded necklace is tied by the groom around the bride’s neck and Sindoor is applied to the centre parting of the bride’s hair, as a promise to fulfil her every wish.

Blessings are whispered in the ear of the bride by married women “Akhand Saubhagyavati” they say, which translated means “Good luck, prosperity and a long happy life together” and flowers and rice are showered on the couple.

A wonderful meal follows (often including pakoras) and everyone sits in their finery to socialise, feast and wish the couple a very happy married life together.

What memories do you have of your wedding day? 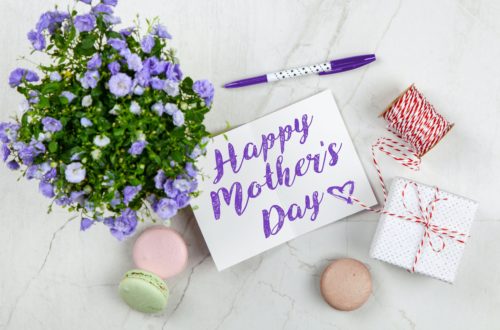 Chocolatey Ideas for the Easter Weekend