This Friday the 21st December marks the first official day of winter. While there are many signs of the seasonal shift from the longer nights to the colder weather, it’s fair to say that some are more subtle than others. We’ve rounded up ten tell-tales signs that winter is on its merry way…

When the pitchers of Pimm’s retire and the cauldrons of mulled wine (or cider) get bought out, you know winter is well on its way. From the smell of the cinnamon and cloves to the seasonal spices, it’s a definite indication that autumn has ended.

2. The Twelve Days of Christmas Coffee

You know it’s winter when the chain coffee joints unleash their Christmas blends, not to mention their festive paper cups. Whether it’s eggnog or gingerbread lattes that takes your fancy, there’s no better way to warm the cockles.

3. Away in a Pret a Manger
Similarly to the coffee, another great way of getting into the winter spirit is indulging in a Christmas sandwich from one of the high street chains. From a turkey sarnie stuffed with cranberry sauce to a Christmas dinner wrap, the possibilities are endless.

4. Telly Christmas
Whether you’re an ‘X-Factor’ fan, ‘I’m A Celebrity’ enthusiast or it’s ‘Strictly Come Dancing’ that gets your vote, come December, the reality finals are in full-swing. If you’re a sucker for soaps, we all know the drama unfolds along with the advent calendars in Albert Square – a shamelessly satisfying part of the season.

5. De-light-ful Decorations
Wherever you live, every town centre has at least one display of decorations and lights to feast your eyes on. From the decadent wreaths and majestic Christmas trees, you don’t need to be a magpie to appreciate the sparkling surroundings.

6. Rail Nightmare
One thing’s for sure that with the cold weather comes severe train delays. A major winter woe, chilly conditions do not bode well with any form of public transport. However, it’s a great excuse to grab a warm beverage on the way to work or to sneak in an extra snooze in the morning – not that we’re suggesting the latter!

Despite the rail network’s poor track record, people tend to have a skip in their step during the festive season and as someone once said, ‘tis the season to be jolly. Whether it’s your colleagues, neighbours or traffic wardens who are warming up, no one wants to be a Scrooge, so make the most of their good spirits.

8. Cracking Deals
Luckily the shops start their sales early, and you can find brilliant deals on gifts for friends, family and, err, yourself throughout December.

9. Fancy Dress Parties
From cringey Christmas jumper parties to other festive-themed events, if mince pies and cocktail sausages aren’t enough to get you in the Christmas spirit, then the celebratory costumes are bound to lighten your mood.

10. Office Antics
Last but not least are the work parties. There’s one thing people work hard for each year, and that’s the office Christmas party. Perhaps it’s a spot of karaoke, a formal ball or a traditional lash up over lunch that’s in the cards. Whatever the case, it’s a great excuse to get plastered with your work mates – just try not to embarrass yourself too much!

What do you love about winter?

What car should your dad drive? 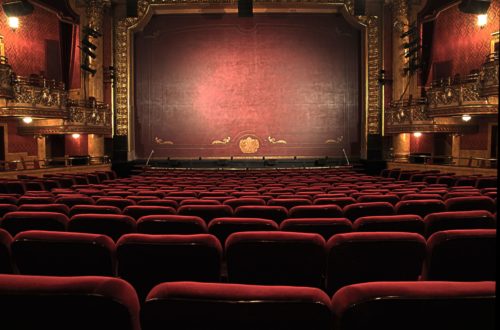 A night in at the theatre – discover spellbinding shows online